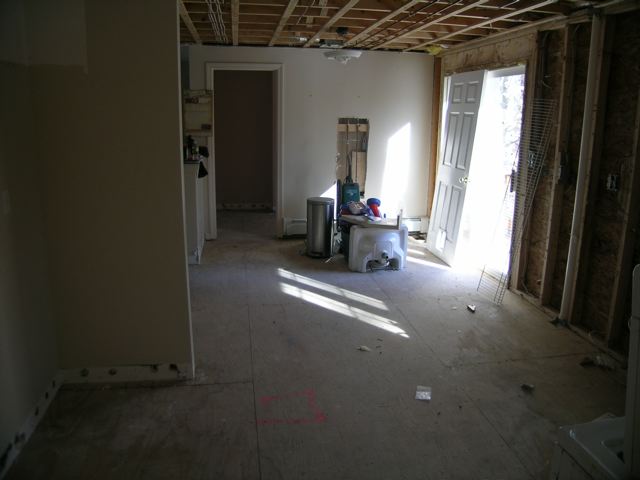 Case Study 09019: Did heating system failure cause mold in a flooded house?

The owners of a two story Colonial were away on vacation for one month. When they returned home, they found the house flooded, on all levels. A failed component of the heating system caused the heat to turn off during a cold spell. Water and heat pipes froze and burst throughout the house causing extensive water damage; walls, ceilings, and floors were saturated. Water poured through central air conditioning system ductwork and recessed light fixtures. A professional flood response company was brought in immediately to remove wet belongings and building materials and to dry those that remained; drying holes were cut in the base of walls, Sheetrock and insulation was removed in certain areas, wall-to-wall carpeting and the finished basement floor was removed, and the interior of the house dried. Most personal belongings in the home were affected and had been removed (thrown away or cleaned and stored off-site) prior to our inspection; the house was completely empty.

The finished basement sustained the most water damage. The basement ceiling was completely torn out, as well as some walls. The laminate flooring in the basement was also removed. Exposed fiberglass insulation remained in the furnace room ceiling. All baseboards were removed and drying holes made in the base of most walls in the house. The kitchen and finished garage were mostly ‘gutted’ because they took on so much water. No building materials were wet on the inspection day. Widespread water staining was noted on walls and ceilings. Hardwood flooring remained on the first floor and was badly warped and cupped; boards were separating and dark discoloration was noted in the seams. Bathroom tile floors remained on the second floor but linoleum floors on the first floor had been removed. Many sections of plywood sub-flooring were exposed and some water staining, but no visible mold, was present. There was no mold odor on the first or second floors and minimal visible mold was discovered on the base of two Sheetrock walls in the basement; a slight mold odor was detected in the basement.

GML was brought in to do a mold inspection to determine if the flooding caused mold growth on building materials. Sixteen surface mold samples were collected from remaining building materials and on all levels of the house, including in the garage. Hardwood flooring materials could not be tested without destroying boards, but the damage was clear. GML tested several different types of materials including Sheetrock, plywood, wall studs, and OSB sheathing in the kitchen to get representative samples of materials exposed to water.

Three surface samples confirmed mold growth on remaining Sheetrock in the house. Two were from the basement and one from behind one of the second floor bathtubs. The predominant molds growing on the Sheetrock were Aspergillus, Penicillium, and the infamous toxic black mold, Stachybotrys. None of the other thirteen samples described mold growth.

Professional mold remediation is needed to remove contaminated Sheetrock in several areas of the basement, and all hardwood flooring on the first floor. Based on our experience in similar situations and the onsite inspection, even without testing, the conclusion was made that the hardwood flooring is contaminated. The AC system will need to be professionally cleaned. Once all the work is completed, the whole house should be cleaned using specialized, detailed cleaning procedures. 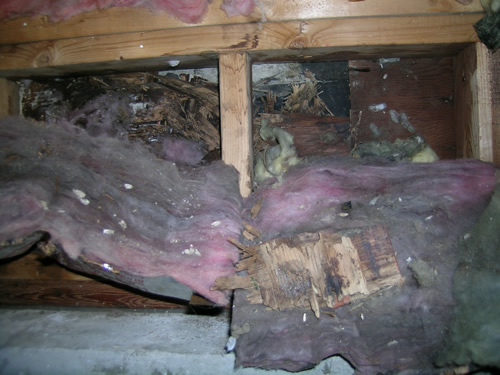 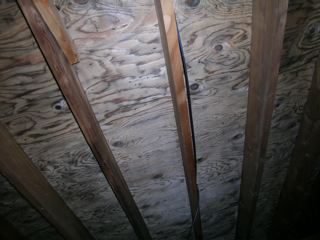 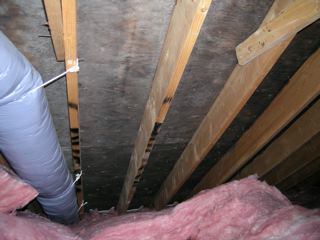